It’s being called the “crime of the summer,” and cops say the “nice” neighborhoods are being hit particularly hard. The affluent neighborhoods where people think they don’t have to worry about crime are the neighborhoods that make it easy for people to steal. 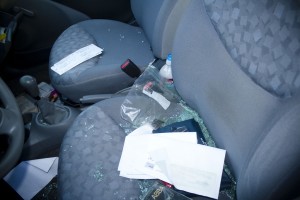 According to the Star Tribune, areas like Plymouth, Minnetonka, Edina, Eden Prairie, Hopkins, Champlin, and Maple Grove have all seen jumps in the rate of home and car burglaries this year.

Thieves are stealing from cars and walking right into homes where the garage doors have been left open. Police are working to combat the rash of crime but say a shift needs to happen on the part of the community.

In Maple Grove there have been 181 home burglaries this year, as of August 1. This is in contrast to a normal annual average of 120 burglaries. Champlin Police have seen a jump too—from 19 last year to 39 home burglaries so far this year, and 53 car break-ins compared with 71 this year.

Police are patrolling the neighborhoods, encouraging people to be more cautious, and even waking residents in the middle of the night if their garage door is left open.

“It always amazes me the valuables people leave in plain view,” said Robbinsville Police Captain Jim Franzen. “Probably two-thirds of these kinds of crimes… probably never had to happen in the first place. They’re crimes of opportunity.”

Cops are leaving “tickets” with safety tips on cars and trying to raise awareness in these communities where crime isn’t normally a problem. They are encouraging people to put things out of sight, to lock up everything, and to close doors. It’s kind of an invitation for trouble to leave your garage door open when there is a rash of home burglaries in the area.

Because of the string of thefts, cops in these areas will be extra vigilant when it comes to suspicious behavior and local prosecutors will likely seek maximum penalties for those charged with burglary and related crimes.

If you are accused of burglary or a similar offense, we may be able to help. Regardless of guilt or innocence—you have rights. Contact our offices today to discuss your case and the options available to you.