Preventing domestic violence is a priority for law enforcement. While a protection order requires someone to stay away, it’s ultimately only a piece of paper. Ramsey County officials are now launching a project that would use GPS tracking to keep tabs on those offenders considered safe enough to let out on bail, but dangerous enough to raise some concerns.

According to the Star Tribune, the project is the first of its kind in the area. They are calling it “Stalker Alert” and it will be attached to felony domestic violence cases where there is a no-contact order and a “medium-risk potential.” 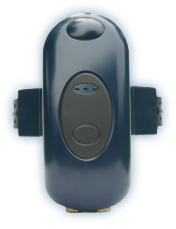 When the offender who is outfitted with the GPS bracelet violates a five-mile movable zone, the police will be alerted. If it’s believed the victim is at risk, they will be deployed.

The program is voluntary for victims. If they choose to participate, they will be given a small receiver to carry with them. The offender will be required to wear a ankle monitor, similar to house arrest monitors. The victim’s receiver will send out a 5 mile signal, alerting when the offender comes within that radius.

Domestic violence offenders awaiting trial and released on bail are traditionally supervised by the nonprofit organization Project Remand, under contract with the city. They will begin screening defendants for the new program right away.

“We stress that this does not prevent someone from doing something bad, but it is one more really good tool to try to help provide advance notice and alerts so that hopefully, you can intervene,” said Steve Logan of Satellite Tracking of People, the eerily-named business who owns and makes the system.

Domestic violence victims are warned that the system isn’t a guarantee, however. Again, it is an effort to prevent violence.

“This is not building a wall around her that is going to absolutely prevent the defendant from coming near her, but it is an additional supervision tool,” says Project Remand’s executive director Mary Pat Maher.

Domestic violence cases are notoriously tricky, for everyone involved. There is often a lot of emotion tied up in these cases. But, the possible heartache and family strife aside, the legal aspects can be equally difficult.

Whether you are falsely named in a no-contact order or you have questions about your rights as a defendant in a domestic violence case, we may be able to help. Contact our offices today for a free consultation on your case.