Several months ago the St. Paul crime lab suspended drug testing after lab workers testified that they weren’t using regulations or any sort of standards in their work. They also admitted to potentially using contaminated equipment and putting thousands of drug cases at risk. Now, the city is tasked with finding a solution and deciding what exactly needs to change. 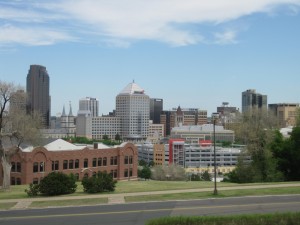 According to Minnesota Public Radio, they are considering spending upwards of $1 million on making the crime lab better. That’s the amount that Mayor Chris Coleman has asked the City Council for in next year’s budget.

Two outside consultant firms have been brought in to help make the decisions and recommendations on how to get the lab back on track. Their report is expected in a few weeks.

While no one has been fired for the lab drama, the city admits that some workers have been let go since drug testing has ceased and the workload subsequently slashed. Also, the head of the lab has been reassigned.

“At the heart of what we’re trying to do is bring the crime lab up to the standards that not only that Mayor Chris Coleman expects, not only that Chief Tom Smith expects, but that our community expects, and quite frankly, what they deserve,” said St. Paul Police spokesman Howie Padilla.

Some have suggested the lab simply shut down, use other local labs for testing and send much of their lab work to the state’s Bureau of Criminal Apprehension. But the city says they want to keep most if not all of the in-house lab intact.

“The BCA can do all these services, but how long does it take to get the results?” asked City Council President Kathy Lantry. “They’re a statewide agency and they have a lot on their plate. If we have a bigger case that needs immediate attention, our police department wants to be able to mover quicker. I think that makes sense.”

Investing in the current lab is a smart move. Without a local lab, an already backlogged state lab could become overwhelmed, affecting cases not only in St. Paul, but across the state.

As for Washington County, it isn’t clear what it would take for them to begin using the St. Paul lab again, but County Attorney Pete Orput has said that accreditation would be a good start to regaining his trust.

No matter the course, the city has a lot of work to do in regaining the trust of everyone that comes in contact with the lab, from court officials to defendants alike.

How the lab handles your evidence can have a major impact on your criminal case. If you are facing drug charges or accusations of a violent offense, contact us today to discuss the evidence against you and what it could mean for your future.