If they ever do a CSI: Minnesota, they probably shouldn’t consult with the St. Paul Crime Lab. Following some alarming admissions by St. Paul police crime lab workers, the lab has stopped accepting some drug tests and officials say the lab will be undergoing some major changes after a full review. 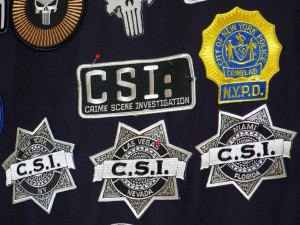 According to the Star Tribune, the issues came about when public defenders Lauri Traub and Christine Funk requested a hearing challenging drug test results in eight specific cases, saying the lab’s problems in those specific cases indicated a potentially larger problem.

In the hearing, Lab director Sgt. Shay Shackle and criminalists who work in the lab admitted to some significant shortcomings.

There are no written protocols for testing procedures, evidence handling or equipment maintenance in the lab. This is practically unheard of in the world of crime labs.

In addition, there is no proficiency testing to ensure lab workers have sufficient skill levels and there are no policies in place to address mistakes. “Basic, fundamental scientific methods were being ignored,” said defense experts at the hearing.

Police Chief Thomas Smith sent a letter to Mayor Chris Coleman this week saying the lab will be reviewed and leadership will be reorganized. He also said pending narcotics cases will be reviewed.

While the lab suspends definitive tests— those used at trial— they will still be conducting initial testing. Police agencies and prosecutors that used the St. Paul police lab have begun sending their work to the Minnesota Bureau of Criminal Apprehension for testing.

It isn’t clear what or how many cases handled by the St. Paul lab will be reviewed. From 2007 until now, the lab has handled thousands. Washington County, Ramsey County, and Dakota County have charged a total of more than 5,000 drug cases in that time, most of which were handled in St. Paul.

If test results were bungled, evidence lost or protocol isn’t followed, there is a chance for thousands of appeals.

There has been a lot written about how the CSI shows have given the public an extremely unrealistic expectation about the scientific wizardry possible in evidence analysis, as well as the level of confidence and certainly that forensic evidence can bring to support a criminal case.

But what has apparently been going on at the St. Paul crime lab would be comical if it wasn’t so disturbing.

The integrity of a crime lab is crucial in the administration of justice. When a criminal defendant agrees to a plea bargain, it is usually because they believe the evidence against them could result in a conviction if they go to trial. But if that evidence isn’t handled or tested correctly, they have essentially been tricked into pleading guilty.

When you are accused of a drug crime, you deserve to be treated fairly and to have your rights protected. The War on Drugs has made it more difficult to walk away from such charges unscathed. Difficult, but not impossible.