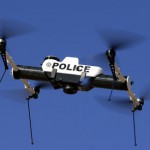 Drones first came into the public’s view through the military variety that were (and are) being used to take out people half way around the world. But, now we are seeing very similar airborne robots in our domestic skies. The use of drones by law enforcement is increasing and action by lawmakers to limit their use is similarly rising. END_OF_DOCUMENT_TOKEN_TO_BE_REPLACED 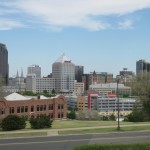 Several months ago the St. Paul crime lab suspended drug testing after lab workers testified that they weren’t using regulations or any sort of standards in their work. They also admitted to potentially using contaminated equipment and putting thousands of drug cases at risk. Now, the city is tasked with finding a solution and deciding what exactly needs to change. END_OF_DOCUMENT_TOKEN_TO_BE_REPLACED 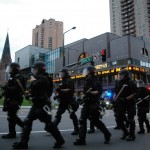 The city of St. Paul agreed to pay a man and his mother $400,000 in an agreement to drop their lawsuit. This isn’t the first such settlement to come from the city of St. Paul in recent months, begging questions about the current state of police ethics in the city. END_OF_DOCUMENT_TOKEN_TO_BE_REPLACED

The list of offenses and injustices from this police “strike force” reads like fiction, or a television show like The Shield, but it was all too real.

The Metro Gang Strike Force was shut down in 2009 following controversy about the behavior of officers in the unit. Just this week, 96 victims named in a lawsuit against the unit received payouts, and the payments tell a tale of a rogue unit plagued with illegal seizures, questionable raids, and even brutality. END_OF_DOCUMENT_TOKEN_TO_BE_REPLACED

Most law enforcement agencies are strapped for cash these days. But a federal program has given them the opportunity to receive brand new military equipment for free; they only have to pay the price of shipping. For many, it seems like a win-win, allowing the feds to dump surplus and local agencies to get cheap equipment. For others, it’s an obvious sign of trouble in the further militarization of police. END_OF_DOCUMENT_TOKEN_TO_BE_REPLACED

A Minneapolis woman has filed a lawsuit against the police department for ransacking her home and shooting her dog. The incident happened in March when the police were looking for a sex offender who had escaped from his halfway house. What happened in the hours following his escape would ultimately cost a family their pets and thousands of dollars in damage to their home. END_OF_DOCUMENT_TOKEN_TO_BE_REPLACED

Sergeant David Clifford of the Minneapolis Police Department, 47-years old and a SWAT team leader, is facing charges of third-degree felony assault after sending a man to the hospital last week. According to the Star-Tribune, Clifford punched fellow restaurant patron in the head, sending him backwards to the pavement after he said the man was talking offensively. END_OF_DOCUMENT_TOKEN_TO_BE_REPLACED

Last year, an 18-member Minneapolis SWAT team stormed an apartment searching for a drug dealer, narcotics, and a gun. They found none of the above, but did severely injure one of the residents and are now paying for their mistake. The Minneapolis City Council approved a $1 million settlement for the woman injured in the raid, though this wasn’t the first nor the costliest settlement paid out after a grenade thrown by police. END_OF_DOCUMENT_TOKEN_TO_BE_REPLACED

Increased DWI enforcement isn’t unique to Labor Day weekend. In fact, it’s not unusual at all for police END_OF_DOCUMENT_TOKEN_TO_BE_REPLACED

Receive our free legal defense consultation and case evaluation. We'll explain what you are facing in plain language, and tell you how we can help.
Complete this Form